The Myths About Winterization

You might be asking yourself “why do I have to pay to take the water out of my pipes if I’m not turning my irrigation system on in the fall?” And this is a valid question. It only makes sense that you shouldn’t have to worry about freezing water when you’re not actually using any water.

Unfortunately, water has a way of sticking around in your system’s pipes.

If left unchecked, there’s a high possibility that the freezing winter temperatures can make that water expand and leave cracks in your pipes. Paying for that would be significantly more expensive than just getting the water out of the pipes through winterization.

So below, we’ve outlined a few myths about winterization that newbies to the irrigation industry might believe:

1) Just draining the water from your pump is enough

Even without water in the pump, there’s still a big probability that there’s water in the pipes and leaving it unchecked can lead to a costly repair bill and under-watered and malnourished grass come springtime.

2) Winterization is an easy DIY task

Thanks to Google and YouTube step-by-step guides, pretty much any home maintenance task can become a Do-It-Yourself process. However, even with knowing how, winterization is by no means a simple task.

In order to fully winterize your irrigation system (get ALL the water out) you’ll either need to really know what you’re doing– or have access to industry tools or people that can help you out. When it comes to cracked pipes, it’s better safe than sorry.

One of the biggest misconceptions about sprinkler winterization is that it needs to be done as soon as October comes around. Since the issue in the pipes is leftover water freezing, this doesn’t actually need to cause concern until the night time temperatures actually shift to freezing temperatures.

The best time to get your irrigation system winterized is when the temperature starts to go into the 30s at night. Winterizing early might even have its drawbacks, as an unexpected early October heat wave can leave you with difficult grass come springtime.

And as always, if choosing to get your sprinkler winterization done by a professional irrigation company, be sure to get in contact with somebody who has the knowledge and experience to give your sprinkler pipes a full clean. Anything less can lead to cracks in your pipes and headaches in the warmer months. 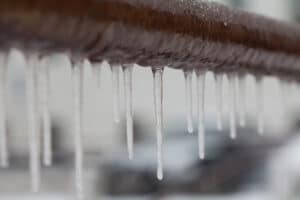 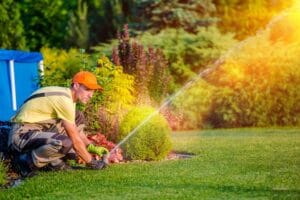 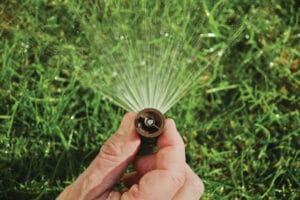 PrevPreviousWhat Can I Do To Prevent Rust in My Sprinklers?
NextHow to Avoid Overwatering Your LawnNext